Nashville. Music City USA. Most people think cowboy hats and honky tonks. However, those who really know Nashville know it’s one of the best emerging artist scenes in the country. A community of artists making their own unique brands of diverse, organic pop music in the shadows of today’s slick commercial country music industry. At the forefront of this community are ten artists who have banded together to form Ten Out Of Tenn, a collective of incredibly talented friends who, as individual artists, have released over thirty albums, had song placements in countless television programs & films and shared the stage with musicians such as REM, Sarah McLachlan and John Mayer.

Ten Out Of Tenn Volume II is comprised of Katie Herzig, Andy Davis, Tyler James, Trent Dabbs, K.S. Rhoads, Griffin House, Matthew Perryman Jones, Butterfly Boucher, Jeremy Lister and Erin McCarley. A sort of singer-songwriter supergroup, born out of an idea by Kristin and Trent Dabbs while on the road between Jackson, Miss. and Nashville. “We were thinking about how much music we like that happens to be our friends’,” says Trent. “There’s a community of people here with a lot of talent.” Helmed by Kristen, Ten Out Of Tenn has produced a compilation album, a Christmas album, three tours, showcases at music festivals like SXSW and an awarding winning documentary, Any Day Now, that debuted during the 2009 Nashville Film Festival.

No longer spinning their wheels on their own, the artists now travel down the highway together in one tour bus. They are the cream of the crop from a city of troubadours who have relocated to the Volunteer State to pursue their passion and create their art. A Ten Out Of Tenn show typically consists of each artist playing two songs, acting as their own house band, along with their backbeat, drummer Will Sayles. They say the whole is the sum of its parts, and as individual parts, these ten artists have their own successful careers and fan bases. Bring them together and their true artistry shines as they swap vocals and instruments during their shows for a unique twist on each other’s creative work.

Who knows where the road leads for the individual artists. To quote K.S. Rhoads “It’s not the road you take. It’s the direction you’re headed,” and any day now, one of them may be the next big thing. However, when you hear their music or see them perform, you realize that their real priority is not likely fame and fortune, but creating and sharing their music with people. As Matthew Perryman Jones sums it up about the artists in Any Day Now, “It’s their life. It’s what they’re made for. They’re wired that way.” And the road warriors in Tenn Out Of Tenn will continue to make their mark and lay the path for the next generation of Tennessee troubadours. 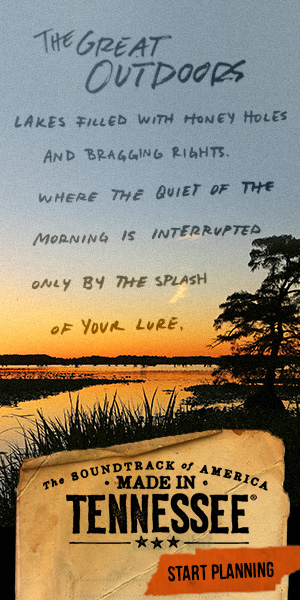